Can Lawyers Be Peacemakers? 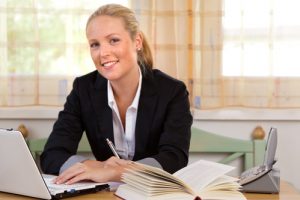 {4:30 minutes to read} Oftentimes, in our modern culture, we think of lawyers as advocates, champions or warriors, but that is really a very newfangled idea—and possibly a misguided one.

Abraham Lincoln and other lawyers of his time believed that lawyers should serve as peacemakers. Lincoln believed that courtroom victories were nominal at best. A new wave of postmodern lawyers are returning to that way of thinking and working. When lawyers work as problem solvers and peacemakers they look for the common problem that appears in the conflict, and they realize that the conflict arises from the parties inability to see a solution that will work for both of them.

Lawyers are really uniquely suited to be able to understand the problem from both sides of the table. We can and should help our clients focus on what’s really important to them and what they hope to get from the situation. We can also help them understand the legal context and, through understanding a broader sense of the problem, work through that problem to a solution. Lawyers, with the proper training and experience are able to do that in a way that exchanges argument for resolution.

Lawyers are often thought of as people who find resolution through debate. Ironically perhaps, one thing I’ve learned over the years, that was crystallized very concretely for me recently, is that arguing never works to persuade the other side of the righteousness of one’s position.

Can you ever think of a time when arguing actually reached a resolution that worked for both sides? Yes, it’s true, arguing sometimes puts the other person down, and it’s just not worth it to them to continue the battle so one person prevails. Once you’ve hired lawyers, though, then arguing back and forth just never works.

I notice it a lot in my mediations. Even if I’m sitting in a mediation with settlement-minded attorneys whom I’ve known for years, and they know they have the skills to do this, it’s extremely challenging for people, with their lawyers at their side, to really think in a problem-solving way. Yet lawyers, working as peacemakers, really have an opportunity to help people focus on what is really important and what underlies the problem:

•How does each person see the situation?

•What’s really most important to them?

Lawyers then generate options that will actually help resolve the situation rather than inflame it.

One of the things that people in conflict fear most is that when lawyers get involved, the problem will get worse. And, truthfully, we lawyers have a well-deserved reputation for escalating conflict before resolving it. People say, “We’re going to lawyer up.” “Lawyer up” doesn’t sound like, “Oh, and so we’re going to hire people to help us find a really workable resolution.” It sounds different when you say, “Alright, we’re going to hire a mediator,” which sounds like we’re going to reach a resolution. We’re moving toward each other instead of apart from each other.

If you’re interested in learning more about these ideas, listen to my radio show interview with David Hoffman, who has a TED Talk about lawyers as peacemakers and about his idea. Another friend of mine, J. Kim Wright, wrote a book called Lawyers as Peacemakers. It was published by the ADA five or six years ago. Kim and I also discussed her ideas on the radio show. It’s a powerful paradigm shift to think of lawyers as peacemakers instead of warmongers.