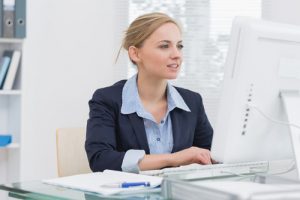 {6:00 minutes to read} It’s a really good idea for a divorcing couple in mediation to have a consulting or review attorney to act as a matrimonial medium.

Ensuring Everyone is on the Same Page

A review attorney is brought in toward the end of negotiations before the parties sign a draft. The clients each go to a lawyer with that draft in hand and ask the lawyer to review and advise them about it before they sign it.

The review attorney is a very limited role for the attorney, and it can be frustrating. A lot of lawyers won’t do it, because it feels risky to come in at the end and just give a little bit of advice, essentially after the deal is done.

Lots of times, the mediator or the drafter of the agreement will make assumptions, for example, as to how the parties want to handle audits on past filed tax returns. We often think of such items as “boilerplate,” but they can have a significant impact on people when things stray from the straight and narrow. When an issue like a tax audit arises, the parties need to understand what they’ve agreed to do.

Understanding the Agreement in the Context of the Law

A consulting or review attorney should also ensure the client understands where their deal falls in the range of reasonably likely outcomes in court. That doesn’t mean that the deal needs to fall in this range of possibilities, but the parties should know how it compares. In this conversation, my client understands what they are giving up—and why and what they are getting instead. The client has the opportunity to really articulate to me (and to themselves) how and why they came to the decisions they reached.

Once those conversations have been had—both making sure the party understands what the agreement says and whether or not they are okay with it—the comments need to be conveyed back to the mediation in some way.

The review attorney will have comments about substance and also about the form of the draft. The draft agreement should be clear and understandable, keeping in mind that the only times anyone will ever read it is if and when the parties are angry at each other or a third party (such as a judge) is trying to interpret what was intended after the fact.

Whether or not the review attorney has substantive or form changes, she can give those comments in several different ways. The attorney can write a memo, either to the client or to the mediator, summarizing her comments, or she can actually redline the draft. If that feels too formal, the Attorney can verbally give comments to the client, and he or she can bring my comments back to the mediation. It’s best to discuss with the client the best way to give comments and work with them in order to support the mediation.

The role of a review attorney is really to make sure that each party fully understands the agreement that they are signing and perhaps to make some suggestions at the end, but not usually to play a large role in the actual negotiation. The people have come all the way through a probably fairly lengthy process. They want to get the deal done. They think they have a deal, and now we’re just sort of closing it out, making sure they understand the ramifications. That’s the role of a review attorney.

In Part 2, I’ll discuss the role of consulting attorney in comparison.